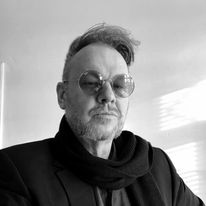 Hagen von Tulien is a contemporary artist and occultist. With about forty years of intense magical theory and practice, he has specialized in creating art as an expression and manifestation of magical states of awareness and its use as an esoteric tool. He is working in a variety of media including pen and ink, paper cut, collage and digital formats.

During the 1980s he came in contact with the current of Chaos Magic, which never ceased to attract and fascinate him ever since. Throughout the 1990s Hagen was a key figure in the Chaos-Magical Pact of the Illuminates of Thanateros (I.O.T.), serving as its section head for Germany.

Besides Chaos Magic he also devotes his time to the study and practice of many other occult systems, approaches and ways.

He also is a Gnostic Bishop of the Ecclesia Gnostica Spiritualis (ordained by Michael Bertiaux), a Master-Initiate of the Fraternitas Saturni (F.S.) and an empowered adept of the Voudon Gnostic Current (member of O.T.O.A./L.C.N.), focused on deeply researching the Gnosis of the Saturnian Continuum and of Esoteric Voudon.

Posted on June 2, 2022June 2, 2022 by Transmutation Publishing
Category: Featured Author
Search our Library
From the Blog