Palo Mayombe: The Garden of Blood and Bones by Nicholaj Frisvold

Palo Mayombe: The Garden of Blood and Bones by Nicholaj Frisvold, published in 2010. Limited and numbered first edition. This work is an initiate’s account of this much maligned cult whose central nigromantic mystery is the prenda, the cauldron containing the human skull or bones, re-animated by living spirit. Nicholaj de Mattos Frisvold traces the roots of Palo Mayombe back to Kongolese sorcery, the warrior and leopard societies, and the impact of the Portugese Mission. The original African faith is carried in chains across the abysmal waters of Kalunga and it flowers in Cuba as a New World Creole religion and cult. Yet Palo Mayombe can only be truly understood in the light of a highly developed African cosmology. In drawing parallels with both the ancient Greek practices of Necromancy and Nigromancy, and the grimoire tradition, Nicholaj also illuminates the Western tradition, showing what we have lost in our denial of the dead and the cult of the ancestors. The magical head of Palo Mayombe in its three-legged iron cauldron has implications for understanding our own histories, whether Odin, Baphomet, Bran, John the Baptist or Orpheus. The Misa Espiritual suggests one way in which we can reforge that vital connection and resurrect both our dead and ourselves. In Palo Mayombe the golden vein of fire still transmits the ancestral wisdom and transforms the Paleros into true spiritual warriors who are the walking dead.
The Garden of Blood and Bones gives explicit detail of the workings of Palo Mayombe for good and ill, the method of divination, the herbs, animals, trees and plants, powders, baths and waters, the songs and chants. It presents a complete living system one which embraces both the arts of healing and resurrection, and those that remove life. This is a serious study which confronts the sinister and violent aspects of the cult, but rather than purveying lurid sensationalism expresses the deep dignity and integrity of its nature.This is a book written from within the cult, and will serve as a guide for practising Paleros and those seeking initiation, not simply a Western audience. With access to rare materials, pamphlets, booklets and unpublished field notes, this is the most comprehensive study of Palo Mayombe to date. Santeros and practitioners of Vodou will also find much to ponder within these pages. 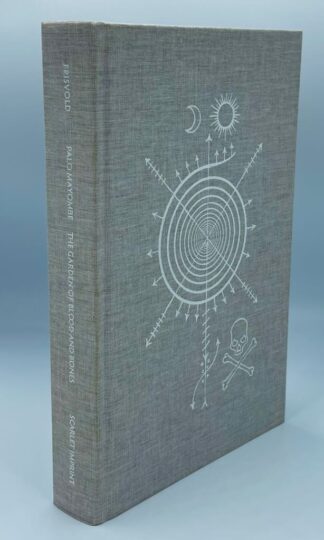 You're viewing: Palo Mayombe: The Garden of Blood and Bones by Nicholaj Frisvold $225.00
Add to cart