View cart “Qliphoth IV “QUINTESSENCE”” has been added to your cart.

“Within the darkness of the Abyss, lies the whispered chant of the Blackened Serpent…”

The Blackened Serpent lies coiled inside, ready to strike with deadly accuracy; the ignorance of the Initiate who wanders careless. If one is to walk this perilous path, it is best done with a sharp intuition and mind alike. For if this warning is not headed; Midnight’s Serpent will most certainly consume one from within…

“Within the darkness of the Abyss, lies the whispered chant of the Blackened Serpent…”

Through the sacrifice of blood and libations, the Blackened Serpent is called forth to guide the Initiate deep within themselves, to descend into the spiraling labyrinths of primordial sub-consciousness only discovered within the power zones of Chaos itself. The Serpent speaks of ancient wisdom through its writhing dance of ancestral rites…rites laced with carnal lust and shattered sanity.

This transcendence of limitation, connects the Black Magician with the concealed regions of the Astral Plane, where the psyche is transformed into a representation of the Blackened Serpent itself, thus self sustaining through the creation of a universe in the deepest recesses of the human mind. At the core of this sinister process, the Black Magician begins to crystallize and perceive his own true essence, which is in itself, the center of the inextinguishable Black Flame of Chaos manifest…

It is by true Intent alone, that the Initiate is able to traverse the hardened and lonesome path of illumination that lies in still darkness. It is by sheer determination and want of truth that empowers the Black Magician to explore the inner realms of self, which lie inside the mind and spirit.

Within this dark anthology, one will find a collection of the many teachings of the Blackened Serpent, as can only be told by true practitioners of the LHP. These teachings take many forms, each unique to the Black Magician revealing their own hard and personal lesson…on the winding path of Midnight’s Serpent…

The Pieces And author Include:

~ “The Spiritually of Nothing in the Voids Womb” by, Angela Edwards ~

~ “A Hieroglyphic Exegesis of the Gholem Gnozis” by, Sean Woodward ~

~ “The Path of a New Orleans Loa: Resurrection in Remembrance” by, Louie Martinié ~

~ “Golachab and Gasheklah: Severity and Mercy In Extremis” by, Cort Williams ~

~ “The Quimbanda Goetia” by, Carlos Montenegro ~

With Visual Art By: 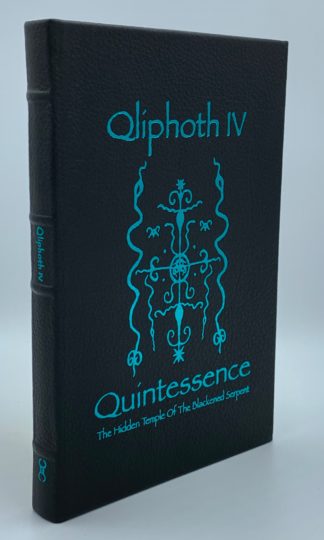